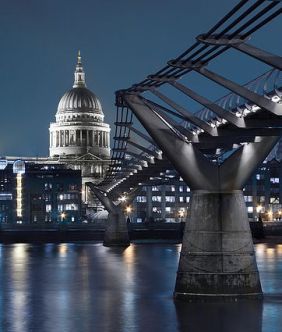 It has always been said that the attitude of non-Muslim communities towards Islamic rule is a critical and delicate question, which many people hesitate to discuss for fear of causing dissension between Muslims and non-Muslims.

Let us be frank with the Christians of the Islamic East and put to them these questions: What do they fear from the rule of Islam? Are they afraid of the holy texts of Islam or of the manner of their application? As for the provisions, we may quote the Holy Quran (what means): “God forbids you not, with regard to those who fight you not for (your) Faith nor drive you out of your homes, from dealing kindly and justly with them, for God loves those who are just.”  [Quran 60: 8].

We should also refer to the general principle in Islamic jurisprudence: “They shall have the same obligations and rights as we”. The Islamic holy texts enjoin Muslims to treat non-Muslims in a kind and fair manner. Apart from the rights and obligations involving worship, they are equal to Muslims with respect to all other rights and obligations related to social life and the rights of citizens. In addition, Islamic faith strives to strengthen the links connecting the non-Muslims to visit them and to eat their food, which is the custom of close friends.

Moreover, Islam tries to make the relationship grow closer by permitting inter-marriage with people of the Book, the strongest social bond, between Muslims and non-Muslims. As to the practical application of the Islamic holy texts, we quote a European Christian, who cannot be accused of bias or prejudice, Sir T.W. Arnold in his book The Preaching of Islam:

“That force was not the determining factor in these conversions, may be judged from the amicable relations that existed between the Christian and the Muslim Arabs. Muhammad himself had entered into treaty with several Christian tribes, promising them his protection and guaranteeing them the free exercise of their religion and to their clergy undisturbed enjoyment of their old rights and authority”. (pp. 47-48).

He goes on to say:

“From the examples given above of the toleration extended towards the Christian Arabs by the victorious Muslims of the first century of the Hijrah and continued by succeeding generations, we may surely infer that those Christian tribes that did embrace Islam, did so of their own choice and free will”. (P.51).

“When the Muslim army reached the valley of Jordan and Abu `Ubaydah pitched his camp at Fihl, the Christian inhabitants of the country wrote to the Arabs, saying: “O Muslims, we prefer you to the Byzantines, though they are of our own faith because you keep better faith with us and are more merciful to us and refrain from doing us injustice and your rule over us is better than theirs, for they have robbed us of our goods and our homed”. (P.55).

He also tells us: “Such was the state of feeling in Syria during the campaign of 633-639 CE in which the Arabs gradually drove the Roman army out of the province. And when Damascus, in 637 CE set the example of making terms with the Arabs, and thus secured immunity from plunder and other favorable conditions, the rest of the cities of Syria were not slow to follow. Emessa, Arethusa, Hieropolis and other towns entered into treaties whereby they became tributary to the Arabs.

Even the patriarch of Jerusalem surrendered the city on similar terms. The fear of religious compulsion on the part of the heretical emperor made the promise of Muslim toleration appear more attractive than the connection with the Roman Empire and a Christian government, and after the first terrors caused by the passage of an invading army, there succeeded a profound revulsion of feeling in favor of the Arab conquerors.” (p.55). This is the evidence given by a Christian scholar on Islam. What is it then that the Christians fear from Islamic rule?

It may be that the Christians are afraid of Muslim fanaticism. If this is true, it seems that they have no idea of what fanaticism is. Here are a few examples of fanaticism. Courts of inquisition set up by the Christian Church were primarily meant to exterminate the Muslims of Spain. The said courts tortured Muslims in a monstrous way, which had never been experienced before. People were burned alive, their fingernails were pulled off, their eyes were put out and their limbs were amputated. This torture was inflicted in order to force the people to change their religion and adopt a particular Christian creed.

Have the Christians of Islamic East ever suffered such treatment?

Massacres are carried out for the extermination of Muslims in Europe, Yugoslavia, Albania, Russia or countries under European rule such as North Africa, Somalia, Kenya, Zanzibar or in other countries like India and Malaya. Such massacres are staged sometimes on the pretext of the purging of ranks and sometimes for the maintenance of peace and security.

Another significant example is the treatment of Muslims in Ethiopia, which has ancient historical, geographical, cultural and religious links with Egypt. It has a mixed population of Muslims and Christians. Although Muslims account for 35 to 65 percent of the total population there is not a single school where Islamic faith or Arabic is taught.

Private schools, which the Muslims open at their own expenses, are subjected to exorbitant taxes and inconveniences that lead to their closing, thus disheartening those who may think of opening new schools. In this way, Islamic teaching is confined to a primitive way of teaching.

Until very recently – just before the Italian invasion – a Muslim who could not pay a debt to his Christian creditor was taken in slavery by the Ethiopian Christians. The Muslim was caught, sold and tortured within sight of the government. It goes without saying that there is not a single Muslim in the cabinet or in any key post to represent one-third of the population. Have the Christians of the Islamic world ever experienced such a treatment? Would they accept reciprocal treatment?

That is real fanaticism.

The Communists believe that the real existence of man is essentially an economic existence. If so, have the Christians living in Islamic countries ever been denied the right to acquire and dispose of property or to amass wealth? Have they ever been denied, on account of their religious belief, the right to have education, to join public service or promotion to higher public posts?

As for the moral and spiritual existence, it should be stressed that the Christians living under Islamic rule have never been subjected to any form of religious persecution -- with the exception of the very rare incidents engendered by the British colonialists for sowing dissension and diversion. It is alleged that the imposition of tribute on non-Muslims is the result of religious discrimination. The best refutation of this baseless accusation lies in the words of T.W. Arnold, who says: “On the other hand, when the Egyptian peasants, although Muslim in faith, were made exempt from military service, a tax was imposed upon them as on the Christians in lieu thereof”.

“As stated above, the Jizyah was levied on the able-bodied males, in lieu of the military service they would have been called upon to perform had they been Musalmans; and it is very noticeable that when any Christian people served in the Muslim army, they were exempted from the payment of this tax. Such was the case with the tribe of al-Jurajimah, a Christian tribe in the neighborhood of Antioch, who made peace with the Muslims, promising them to be their allies and fight on their side in battle, on condition that they should not be called upon to pay Jizyah and should receive their proper share of the booty”.

From this it is clear that the imposition of tribute is not the result of any religious discrimination. The truth is that the tribute was imposed on all those who did not take part in military service regardless of their religious belief. It would be useful to refer in this respect to the following Holy verse (which means): “Fight those who believe not in God nor the Last Day, nor hold that forbidden which hath been forbidden by God and His Apostle, nor acknowledge the Religion of Truth (even if they are) of the People of the Book, until they pay the Jizyah with willing submission and feel themselves subdued”. [Quran 9: 29].

It should be pointed out that this verse refers to non-Muslims who wage war against Islam. It does not apply to the non-Muslims living in Islamic countries.

In conclusion, I should like to warn that the seeds of dissention between Muslims and non-Muslims living in Islamic countries are sown by colonialists as well as by Communists. The Communist devils address each community in accordance with its particular aspirations.

They address the working classes saying: “If you adopt Communism we shall hand over all factories to you”; while speaking to peasants, they promise to give them the lands. On talking to unemployed graduates they say: “If you become Communists you will get the jobs that fit in with your qualifications”.

As for the youth suffering from sexual repression, the Communists promise them a free society, where every one can act as one likes without intervention by law or subjection to traditions. The Communists address Christians in the following manner: “If you adopt Communism we shall destroy Islam, the religion that discriminates among people on account of their religion”. However, the Quran says (what means): “It is a grievous thing that comes from their mouths as a saying, for, what they say is nothing but falsehood” [Quran 18: 5].

It cannot be said that Islam distinguishes among people on account of their religion, because Islam confers the essential rights on all people without any distinction. Islam brings all people together on a purely human basis and at the same time guarantees them absolute freedom to adopt the religion of their choice, under its own care and protection.

Besides, as the Christians of the East are also anxious to retain their historical links with Muslims and protect their mutual interests, let us hope that they would not listen to these propagandists or dissenters.