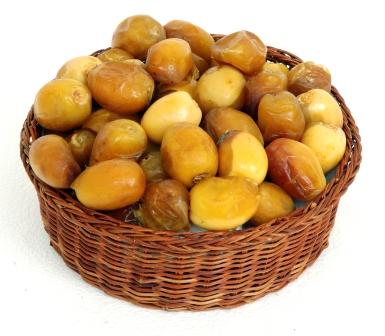 Sawm (Fasting), the fourth pillar of Islam, is another act of Ibadah. All adult Muslims must fast from dawn to sunset every day of Ramadan, the ninth month of the Islamic calendar. This means abstaining from eating, drinking, smoking and conjugal relations during the hours of fasting. Travellers and the sick can defer fasting during Ramadan and make up for it later.

Sawm develops self-control and helps us to overcome selfishness, greed, laziness and other faults. It is an annual training programme to refresh us for carrying out our duties towards Allah, the Creator and Sustainer. Sawm gives us the feeling of hunger and thirst. We experience for ourselves what it is like to have an empty stomach. This develops our feeling for the poor and hungry people. Fasting teaches us to control the love of comfort. It also helps us to keep our sexual desires within control. Hunger, comfort and sex are three factors which must be kept under control to behave as Allahs servants.

It helps us to remain truly obedient to Allah's commands. That is why the Qur'an says:

A truly obedient Muslim is called a Muttaqi and his true obedience or piety - developed through Sawm - is known as Taqwa in Islam. Taqwa keeps a person away from sin.

The month of Ramadan is a month of forgiveness, mercy and means of avoiding that punishment of Hell.

The duty of fasting is only for Allah's sake and there is a very pleasing and attractive reward for this in the life after death.

The following acts will break the fast:

b.      If anything enters the body through the nose or mouth; this includes smoking or sniffing any powdered substance

c.       Having any conjugal relations during fasting hours

An injection in the muscle is allowed during fasting but not an intravenous nutritional injection. Unintentional eating or drinking due to forgetfulness or rinsing out the mouth or bathing and putting drops in the eye do not make the fast invalid.

A Muslim is expected to remain away from all bad actions during his fast. He should not tell a lie, break a promise or do any deceitful act.

The very purpose of fasting is to make a Muslim able to control his passions, so that he becomes a person of good deeds and intentions. Anger – a common human weakness–can also be brought under control by fasting.

In addition to the compulsory fasting in Ramadan, a Muslim may fast during other times of the year. These facts will be treated as Sunnah.

Fasting is not allowed during menstruation of women. They are required to make up the days lost during this period at some other time. A Muslim must not fast:

This night is called Lailatul Qadr (Night of Power). According to Hadith, this night occurs during the last ten days of Ramadan (most probably the odd numbered nights). It is a night of great importance; we should worship as much as we can on this night.

An additional prayer known as Tarawih (20 rakah or 8 rakah) is offered during Ramadan after Isha. This is a sunnah prayer in which efforts are made to recite as much of the Qur'an as possible. In many mosques, the whole Qur'an is recited in Tarawih prayer. This prayer is generally offered in congregation. Those who cannot join a congregation should offer Tarawih at home. A pre-dawn meal known as Suhur is taken in Ramadan.

At the end of Ramadan Muslims celebrate Idul Fitr, a day of thanksgiving and happiness. It is one of the great occasions for the Muslim community. On this day, Muslims offer special prayers in congregation and thank Allah for His blessings and mercy.