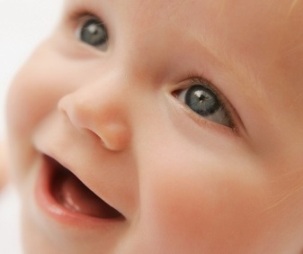 In spite of his office of Prophethood, Muhammad was a very  amiable and pleasant person With all the severity and seriousness of his function, his company was neither boring nor dull and uninteresting, like that of ordinary religious leaders, but was full of pleasant and delightful humour.

He often joked with his companions and laughed with them. Abdullah ibn Al-Harith bin Jaz said that he had seen no one more pleasant and smiling than Muhammad. It is reported by Abu Hurairah that Muhammad used to mix with them on familiar terms, even to the extent of enjoying light jokes with them. Some companions asked him, "God's Messenger ! Do you make jokes with us?" He replied, "I speak nothing but the Truth." (Tirmizi)

Anas also reported that the Prophet often joked and laughed with them. Once he asked his younger brother, who was grieved at the death of his little bird', "Abu Umair, what has happened to your little sparrow (nughair)" He also said that an old woman came to see the Prophet and asked him to pray for her that she might go to Paradise. He replied, "No old woman will enter Paradise!" She was very grieved end began crying. Muhammad told his companions to tell her that the old woman would go to Paradise but as a young girl. Auf ibn Malik al-Ashjai reported that he went to God's Messenger at the expedition of Tabuk, when he was sitting in a small tent, and gave a salutation. He resumed it, saying, "Come in." I replied, "The whole of me, God's Messenger?" He replied, "The whole of you," so I went in.

Anas said that a man from the desert called Zahir ibn Haroun used to bring presents to the Prophet from the desert and God's Messenger would prepare for him what he needed when he intended to depart. The Prophet used to say that Zahir was his desert man and he was his townsman. The Prophet liked him though he was an ugly man. One day the Prophet went to him when he was selling his goods and embraced him from behind. He could not see who it was, so he said, "Let me go, who is this?" But when he turned round and saw the Prophet, he kept his back close against the Prophet's chest. Then the Prophet begun to say, "Who will buy a slave?" He said, "O God's Messenger! By God, you will find me to be worthless goods." The Prophet replied, "But in God's Sight, you are not worthless goods."