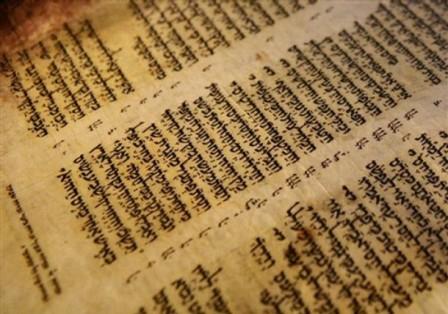 (Those who follow the Apostle, the unlettered Prophet, Whom they find mentioned in their own Scriptures, in the Torah and the Gospel...) (Quran 7:157)

BIBLE PROPHECIES ABOUT THE ADVENT OF MUHAMMAD

Abraham is widely regarded as the Patriarch of monotheism and the common father of the Jews, Christians and Muslims. Through His second son, Isaac, came all Israelite prophets including such towering figures as Jacob, Joseph, Moses, David, Solomon and Jesus. May peace and blessings be upon them all. The advent of these great prophets was in partial fulfillment of God's promises to bless the nations of earth through the descendents of Abraham (Genesis12:2-3).Such fulfillment is wholeheartedly accepted by Muslims whose faith considers the belief in and respect of all prophets an article of faith.

BLESSINGS OF ISHMAEL AND ISAAC

Was the first born son of Abraham (Ishmael) and his descendants included in God's covenant and promise? A few verses from the Bible may help shed some light on this question;

1) Genesis 12:2-3 speaks of God's promise to Abraham and his descendants before any child was born to him.

4) According to Deuteronomy 21:15-17 the traditional rights and privileges of the first born son are not to be affected by the social status of his mother (being a "free" woman such as Sarah, Isaac's mother, or a "Bondwoman" such as Hagar, Ishmael's mother). This is only consistent with the moral and humanitarian principles of all revealed faiths.

5) The full legitimacy of Ishmael as Abraham's son and "seed" and the full legitimacy of his mother, Hagar, as Abraham's wife are clearly stated in Genesis 21:13 and 16:3. After Jesus, the last Israelite messenger and prophet, it was time that God's promise to bless Ishmael and his descendants be fulfilled. Less than 600years after Jesus, came the last messenger of God, Muhammad, from the progeny of Abraham through Ishmael. God's blessing of both of the main branches of Abraham's family tree was now fullfilled. But are there additional corroborating evidence that the Bible did in fact foretell the advent of prophet Muhammad?

Long time after Abraham, God's promise to send the long-awaited Messenger was repeated this time in Moses' words.
In Deuteronomy 18:18, Moses spoke of the prophet to be sent by God who is:

1) From among the Israelite's "brethren", a reference to their Ishmaelite cousins as Ishmael was the other son of Abraham who was explicitly promised to become a "great nation".

2) A prophet like unto Moses. There were hardly any two prophets ,who were so much alike as Moses and Muhammad. Both were given comprehensive law code of life, both encountered their enemies and were victors in miraculous ways, both were accepted as prophets/statesmen and both migrated following conspiracies to assassinate them. Analogies between Moses and Jesus overlooks not only the above similarities but other crucial ones as well (e.g. the natural birth, family life and death of Moses and Muhammad but not of Jesus, who was regarded by His followers as the Son of God and not exclusively a messenger of God, as Moses and Muhammad were and as Muslim belief Jesus was).

THE AWAITED PROPHET WAS TO COME FROM ARABIA

Deuteronomy 33:1-2 combines references to Moses, Jesus and Muhammad. It speaks of God (i.e. God's revelation) coming from Sinai, rising from Seir (probably the village of Sa'ir near Jerusalem) and shining forth from Paran. According to Genesis 21:21, the wilderness of Paran was the place where Ishmael settled (i.e. Arabia, specifically Mecca).

Indeed the King James version of the Bible mentions the pilgrims passing through the valley of Ba'ca (another name of Mecca) in Psalms 84:4-6.

Isaiah 42:1-13 speaks of the beloved of God. His elect and messenger who will bring down a law to be awaited in the isles and who "shall not fail nor be discouraged till he have set judgement on earth." Verse 11, connects that awaited one with the descendants of Ke'dar. Who is Ke'dar? According to Genesis 25:13, Ke'dar was the second son of Ishmael, the ancestor of prophet Muhammad.

MUHAMMAD'S MIGRATION FROM MECCA TO MEDINA:
PROPHECIED IN THE BIBLE?

Habakkuk 3:3 speaks of God (God's help) coming from Te'man (an Oasis North of Medina according to J. Hasting's Dictionary of the Bible), and the holy one (coming) from Paran. That holy one who under persecution migrated from Paran (Mecca) to be received enthusiastically in Medina was none but prophet Muhammad.
Indeed the incident of the migration of the prophet and his persecuted followers is vividly described in Isaiah 21:13-17. That section foretold as well about the battle of Badr in which the few ill-armed faithful miraculously defeated the "mighty" men of Ke'dar, who sought to destroy Islam and intimidate their own folks who turned -to Islam.

THE QUR'AN (KORAN) FORETOLD IN THE BIBLE?

For twenty-three years, God's words (the Qur'an) were truely put into Muhammad's mouth. He was not the "author" of the Qur'an. The Qur'an was dictated to him by Angel Gabriel who asked Muhammad to simply repeat the words of the Qur'an as he heard them. These words were then committed to memory and to writing by those who hear them during Muhammad's life time and under his supervision.

Was it a coincidence that the prophet "like unto Moses" from the "brethren" of the Israelites (i.e. from the lshmaelites) was also described as one in whose mouth God will put his words and that he will speak in the name of God, (Deuteronomy 18:18-20). Was it also a coincidence the "Paraclete" that Jesus foretold to come after Him was described as one who "shall not speak of himself, but whatsoever he shall hear, that shall he speak (John 16:13)

Was it another coincidence that Isaiah ties between the messenger connected with Ke'dar and a new song (a scripture in a new language) to be sang unto the Lord (Isaiah 42:10-11). More explicitly, prophesies Isaiah "For with stammering lips, and another tongue, will he speak to this people" (Isaiah 28:11). This latter verse correctly describes the "stammering lips" of Prophet Muhammad reflecting the state of tension and concentration he went through at the time of revelation. Another related point is that the Qur'an was revealed in piece-meals over a span of twenty three years. It is interesting to compare this with Isaiah 28:10 whichspeaks of the same thing.

In the Gospel according to John (Chapters 14, 15, 16) Jesus spoke of the "Paraclete" or comforter who will come after him, who will be sent by Father as another Paraclete, who will teach new things which the contemporaries of Jesus could not bear. While the Paraclete is described as the spirit of truth, (whose meaning resemble Muhammad's famous title Al-Amin, the trustworthy), he is identified in one verse as the Holy Ghost (John 14:26). Such a designation is however inconsistent with the profile of that Paraclete. In the words of the Dictionary of the Bible, (Ed. J. Mackenzie) "These items, it must be admitted do not give an entirely coherent picture."

Indeed history tells us that many early Christians understood the Paraclete to be a man and not a spirit. This might explain the followings who responded to some who claimed, without meeting the criteria stipulated by Jesus, to be the awaited "Paraciete".

It was Prophet Muhammad (peace be upon him) who was the Paraclete, Comforter, helper, admonisher sent by God after Jesus. He testified of Jesus, taught new things which could not be borne at Jesus' time, he spoke what he heard (revelation), he dwells with the believers (through his well-preserved teachings). Such teachings will remain forever because he was the last messenger of God, the only Universal Messenger to unite the whole of humanity under God and on the path of PRESERVED truth. He told of many things to come which "came to pass" in the minutest detail meeting, the criterion given by Moses to distinguish between the true prophet and the false prophets (Deuteronomy 18:22). He did reprove the world of sin, of righteousness and of judgement (John 16:8-11)

WAS THE SHIFT OF RELIGIOUS LEADERSHIP PROPHECIED?

Following the rejection of the last Israelite prophet, Jesus, it was about time that God's promise to make Ishmael a great nation be fulfilled (Genesis 21:13, 18)

In Matthew 21:19-21, Jesus spoke of the fruitless fig tree (A Biblical symbol of prophetic heritage) to be cleared after being given a last chance of three years (the duration of Jesus' ministry) to give fruit. In a later verse in the same chapter, Jesus said: "Therefore, say I unto you, The Kingdom of God shall be taken away from you, and given to a nation bringing forth the fruit thereof" (Matthew 21:43). That nation of Ishmael's descendants (the rejected stone in Matthew 21:42) which was victorious against all super-powers of its time as prophecied by Jesus: "And whosoever shall fall on this stone shall be broken, but on whomsoever it shall fall, it will grind him to powder" (Matthew 21:44).

OUT OF CONTEXT COINCIDENCE?

Is it possible that the numerous prophecies cited here are all individually and combined out of context misinterpretations? Is the opposite true, that such infrequently studied verses fit together consistently and clearly point to the advent of the man who changed the course of human history, Prophet Muhammad (peace be upon him). Is it reasonable to conclude that all these prophecies, appearing in different books of the Bible and spoken by various prophets at different times were all coincidence? If this is so here is another strange "coincidence"!

One of the signs of the prophet to come from Paran (Mecca) is that he will come with "ten thousands of saints" (Deuteronomy 33:2 KJV). That was the number of faithful who accompanied Prophet Muhammad to Paran (Mecca) in his victorious, bloodless return to his birthplace to destroy the remaining symbols of idolatry in the Ka'bah.

Says God as quoted by Moses: And it shall come to pass, that whosoever will not hearken unto my words which he shall speak in my name, I will require it of him. (Deuteronomy 18:19)

Dear Readers: May the light of truth shine in your heart and mind. May it lead you to peace and certitude in this life and eternal bliss in hereafter. AMEEN