Print
Quran is the word of God 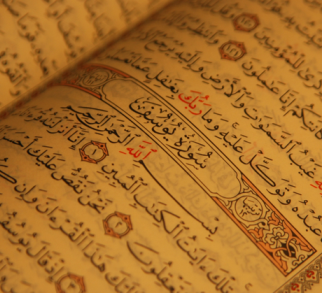 There are over seven hundred Ayat in the Quran that deal with scientific facts. In the present time, we understand many of those Ayat. Other Ayat imply different meanings, and we do not have enough information to interpret their meaning correctly.

This subject of the scientific miracle of the Quran is becoming increasingly fascinating. The available amount of work is so voluminous, and some of the studies are so scientifically detailed. It is very difficult to cover this huge subject in one book, let alone a chapter in a book. However, an attempt will be presented to introduce some of the recent advances in this subject.

The scientific verses in the Quran represent serious challenge to the atheists as well as the Christians. This challenge in no way represents a negative process, but a positive one that keeps humanity reflecting on the many miraculous signs of God as stated in the Quran. How else can anyone explain that an unlettered Arab in the seventh century stated scientific facts that became known after fourteen centuries? Can there be any reasonable explanation except that the Creator of all realities revealed these facts to him? These verses also serve the purpose of providing Muslims with yet another proof of the Divinity of the Quran.

The history of the scientific miracles of the Quran goes back to the time of the revelation to Muhammad (Pbuh). The Prophet and his companions had interpreted some verses according to human perception at that time. Also, the Hadith of the Prophet include many statements that deal with life sciences. The accuracy of those scientific statements is quite astounding considering the fact that he was unlettered. Dr. Abdel Razik Nofal wrote one on the pioneering books on this subject in Arabic with the title "Allah and Modern Science." The book was an original attempt to explain the following Ayah:

Surah 54, Ayah 49 "Verily, all things have we created in proportion and measure (perfection)."

The author concentrated on the proportions that relate to life on earth and how they represent a perfect balance provided by Allah. For example, the amount of oxygen in the air is perfect; if it is less, humans will not be able to breathe; if it is more, fires could start everywhere. Also the distance of the earth from the sun is perfect; if it is less, we will burn from the heat of the sun; if it is more, we will freeze. Potentially deadly radiation is kept at bay by the terrestrial atmosphere. Carbon dioxide and water vapor help warm the surface, but there is no runaway effect because both are perfectly recycled in various ways. On earth, complex life forms exist consisting of human, vegetable and animal life, from microscopic bacteria to huge elephants, and from minute viruses to giant trees. Although the earth possesses a dense core surrounded by an outer crust and an atmosphere, it has this unique difference - life. During the twentieth century, it has become clear that life exists on earth only because conditions are perfect. Moreover, the chemical and biochemical environments are in perfect balance, to ensure not only the existence of living things but also their continuity.

During the last decades, the number of books and papers that deal with this subject, from Muslims and non-Muslims alike, increased tremendously. Many Muslims understood the orders from Allah to "read", "look", and "think" as a call for a better appreciation of the Power of God. Also, Islamic institutions exist in countries such as Saudi Arabia, Pakistan, and Egypt that focus on the scientific miracle in the Quran.

Translation of the Quran

Translating the whole Quran is a tremendous task. It requires scholars who are fluent in the Arabic language and the language to which the Quran is being translated. It also requires knowledge of the grammar of the two languages. If the translation is intended for those who are blessed with faith or for those who seek the basics of Islam, then the existing translations are a great dose of faith and spiritual guidance. May Allah rewards the translators of the Quran for their efforts in spreading the Words of God. If, on the other hand, the translation is intended to address the scientific miracles, the knowledge and mastering of the Arabic language is crucial as indicated in the case of the French surgeon Maurice Bucaille. He studied the Quran with an open mind for ten years. The purpose of his study was to form an opinion about contradictions in the Quran. He studied the Arabic language. Then after ten years of research, he declared in his books that he did not find one single scientific contradiction in the Quran. Another approach for the scientific translation of the Quran is to have an organization consisting of specialists of all branches of science such as cosmology, medicine, geology, anatomy, and engineering, as well as Islamic studies

Some non-Muslims scholars claim that the "translated" Quran contradicts scientific known facts. There are many reasons for that. First, there may exist a conflict of theological interest. Second, the lack of knowledge of the Arabic language and its grammar can mislead the meaning of some verses. Also, the translation of the Quran to other languages may be, in some verses, difficult, thus not conveying the Arabic meaning of short sentences. Allah is the only Author of the Quran, and there are no contradictions in the Quran. Translations of the Quran are nevertheless the work of highly eminent Arabists. It is well known fact, that a translator, however an expert, is liable to make human mistakes in the translation of a highly specialized scientific Ayah, unless he happens to be a specialist in the discipline in question.

An example of translating scientific verses in the Quran deals with the definition of the building block of all matters. Atoms were assumed to be the smallest unseen part of matter. Neither the atom nor its components can be seen. However, each atom has a weight, and scientists discovered the constituents of the atom. In one such Ayah, Allah addresses the unbelievers with a challenge about the weight and components of atoms:

Surah 34, Ayah 3 "The unbelievers say’ "never for us will come the Hour (Day of Judgment): say, Nay. But most surely, by my Lord, it will come upon you by Him who knows the unseen. From Whom is not hidden the weight of an atom in the heavens or on earth: nor is there anything less than that or greater, but is in the Record Perspicuous."

The available translation refers to the above Arabic words "the weight of an atom" as "the least little atom," and the word "weight" is taken out. This demonstrates the difficulty in translating the Quran. Thank God, anyone can refer to the original Arabic text and get better translation. From the above Ayah, one can state the following:

· The atom is unseen.

· The atom is not the smallest thing in the universe.

· The atom has a weight.

Ancient commentators considered the weight of the atom to be equal to the weight of an ant! They believed this because the ant is the smallest thing that can be seen with the human eye. But this is not correct because the Ayah clearly refers to the unseen not the seen ant. When the fourth Caliph, Ali, the cousin of the Prophet, was asked about the meaning of the atom, he said:

"If we look inside the atom, any atom, we will see a sun in its core." This statement, showing the spiritual vision of Ali, was never understood until the twentieth century. But it clearly simulates the atomic structure with that of the solar system.

In my attempt to address the subject of the scientific miracles of the Quran, I tried to use the existing English translations. In many places, I found difficulty in using these translations. The following are some examples:

Finally, there are rules for interpreting the Quran. The basic rule is that the Quran interprets itself. This implies that the words are divinely inspired; so any text can be interpreted in the light of other texts where the same word exists. Moreover, the statements of Muhammad interpreted many verses of the Quran. He was the living example of the teaching of the Quran.