The holy Quran is word of god. The Almighty revealed it to his final prophet to humanity. When prophets were inviting their people to the truth,

God endowed them with miracles to convince their people. Moses was given a miracle that excelled magic and dazzled magicians in ancient Egypt. Jesus was given a miracle that excelled medicine and he could cure people from incurable diseases. The only people who could see these miracles are the ones who were there. Because the prophet Muhammad was the final prophet his miracle had to be continuous and immortal, this immortal miracle is the holy Quran itself.

At the age of revealing the holy Quran Arabs were excelled in poetry and prose, so the holy Quran challenged them by its eloquence. Now miracles of the holy Quran appeared in the scientific signs mentioned in a lot of verses, these verses indicate to scientific facts which have been discovered since only few decades, So humanity must know that the holy Quran is the word of Allah.

One of the scientific signs mentioned in the holy Quran is the piercing star. (1)

The Almighty says in the beginning of surat Al-Tarek:

These verses speak about a star which has two significant features. The first one is that it is a piercing star the other is that it knocks something hard enough to make sound. Allah (SWT) in these verses coupled His oath by heaven regarding its greatness with the piercing star which means that there is a relationship between both. The question now is How do these verses indicate to black holes?

Black holes are the most violent and mysterious phenomenon in the sky. Black holes are the evolutionary endpoints of stars at least 10 to 15 times as massive as the Sun. If a star that massive or larger undergoes a supernova explosion, it may leave behind a fairly massive burned out stellar remnant. With no outward forces to oppose gravitational forces, the remnant will collapse in on itself. The star eventually collapses to the point of zero volume and infinite density, creating what is known as a "singularity ". As the gravitational field is so powerful that nothing, including light, can escape its pull, the black hole has a one-way surface, called the event horizon, into which objects can fall, but out of which nothing can come out. At this we have to clarify very important point – which causes confusion to a lot of people- that we must distinguish between the event horizon of the black hole at which any matter or light can not escape and the point at which the matter of the exploded star is collapsed. If the sun become a black hole it will have an event horizon with radius about 3 km but all its matter will be condensed in a point at the center of the black hole.

(General relativity describes a black hole as a region of empty space with a point like singularity at the center and an event horizon at the outer edge). (2) 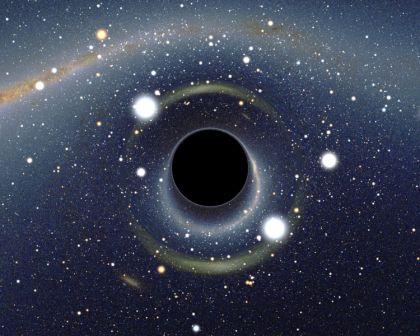 The verse indicates to the black hole

The verse describes this phenomenon as the piercing star and this is more accurate description because the matter of the collapsed star which is condensed in singularity is the reason of forming the black hole. So the star itself still there condensed causing the existence of this empty space called black hole. When you describe this phenomenon as a black hole you actually are describing only the empty space but if you describe it the piercing star, then you are describing the matter of star condensed in singularity and the hole of empty space caused by this matter.

There are two main types of black holes the first one is the stellar black holes and the second is actually the biggest and greatest phenomenon in the sky, it is the supermassive black holes. This confirms to us why the oath of the piercing star in the holy Quran is great enough to be coupled with the oath of heaven regarding its greatness.

The properties of supermassive black holes

The story begins with Quasars

It has got along time for scientists to discover the supermassive black holes and the beginning was the discovery of quasars. The QUASi-stellAR radio source (quasar) is a powerfully energetic and distant active galactic nucleus. The most luminous quasars radiate at a rate that can exceed the output of average galaxies, equivalent to one trillion (1012) suns. Scientist for along time have wondered how does a quasar produce such tremendous luminosity despite its distance from us which reaches billions of light years and the answer came from the most violent thing in sky it is the supermassive black hole. The huge luminosity of quasars results from the accretion discs of central supermassive black holes, which can convert on the order of 10% of the mass of an object into energy as compared to 0.7% for the p-p chain nuclear fusion process that dominates the energy production in sun-like stars. (4) 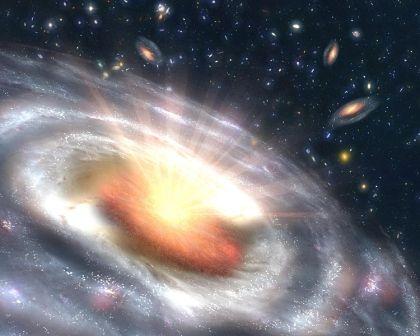 Part of the matter of accretion disk rotating supermassive black hole which is about to fall in the supermassive black hole is re-emitted as Relativistic jets which are extremely powerful twin jets of plasma being shot along the axis of spin of the accretion disk having a velocity approachingthe speed of light. This jet knocks hardly and strongly any thing in its way and for long distances.

And due to the movement of this plasma jet it knocks the interstellar and the intergalactic medium producing real sound waves. 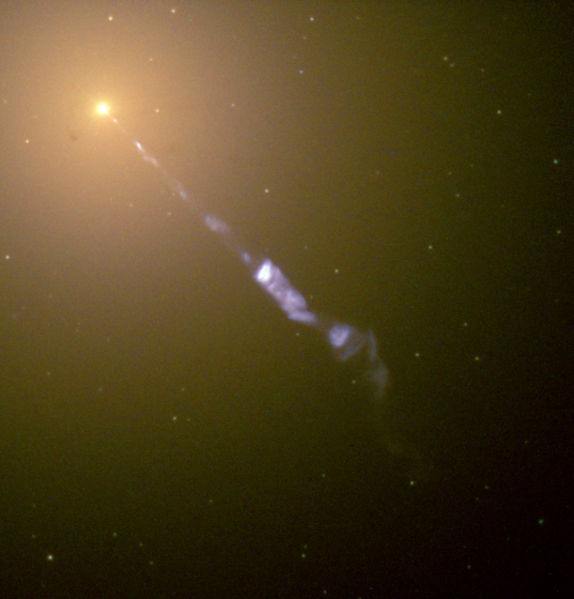 In Sept. 9, 2003: Astronomers using NASA's Chandra X-ray Observatory have found, for the first time, sound waves from a supermassive black hole. This supermassive black hole resides in the Perseus cluster of galaxies located 250 million light years from Earth. The "note" is the deepest ever detected from any object in our Universe. (5) 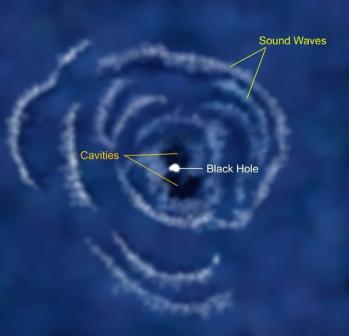 Now imagine how great the miracle in the verses is. The piercing star and the resulted supermassive black hole knocks the intergalactic medium with relativistic jets and as result of this knocking real sound is produced.

The piercing star and heaven

Allah (SWT) in these verses coupled His oath by heaven regarding its greatness with the piercing star which means that there is a fundamental relationship between this type of stars and all what we see in the sky from stars and galaxies.

The piercing star is in the core of all galaxies

The image is now complete each galaxy has its own supermassive black hole, but why there are active galaxies and inactive ones. The answer of this question related to the development of galaxies. 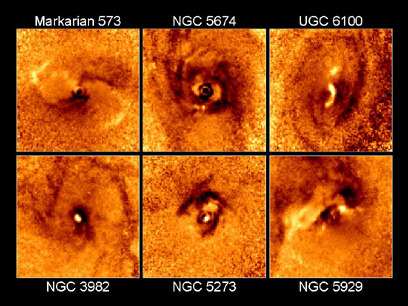 Supermassive black hole and the birth of galaxies

Scientists have found a relationship between the velocity of stars at the edges of galaxies and the mass ofthe supermassive black holes in the core ofthese galaxies and because the distance between them are very large so this relation formed in a pervious time, the time of galaxy birth as it thought that the galaxies are formed when a huge cloud of gas is collapsed at its core forming supermassive black hole which start to feed on the neighboring gas forming a quasar. This quasar triggers the formation of new stars in the entire galaxy so a new active galaxy is formed, but with time the gas start to get far from the supermassive black hole so it has nothing to feed on and the active galaxy converts to inactive one.