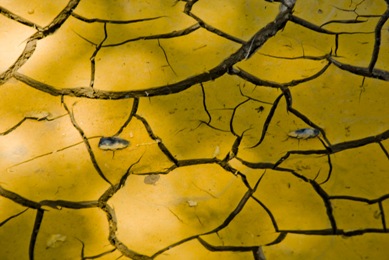 In the Quran, Allah reveals that the creation of man is a miracle. The first human being was created by Allah shaping clay into a human form and then breathing a soul into it, Allah (SWT) says in Quran :

( Your Lord said to the angels, "I am going to create a human being out of clay. When I have formed him and breathed My Spirit into him, fall down in prostration to him!")  (Quran  38:71-72)

" Then inquire of them: Is it they who are stronger in structure or other things We have created? We created them from sticky clay " (Quran 37:11)

When the human body is examined today, many elements present on the earth are also discovered to be found in the human body. Living tissues contain 95% carbon, hydrogen, oxygen, nitrogen, phosphorus and sulphur, with a total of 26 different elements.

In another verse of the Quran we are told:

The Arabic word "sulala," translated as "extract" in the verse, means "representative example, essence." As we have seen, the information revealed in the Quran 1,400 years ago confirms what modern science tells us-the fact that the same elements as those found in the soil  are employed in the human creation .

Below is a diagram showing the distribution of the elements in a 70-kilo human being.

As we notice above water forms the main component of the human being and any other being. Allah (SWT) says  :

" Allah created every [living] creature from water. Some of them go on their bellies, some of them on two legs, and some on four. Allah creates whatever He wills. Allah has power over all things"  (Quran, 24:45)

"And it is He Who created human beings from water and then gave them relations by blood and marriage. Your Lord is All-Powerful"  (25:54)

When we look at the verses concerned with the creation of human beings and living things, we clearly see evidence of a miracle. One such miracle is of the creation of living things from water. It was only possible for people to come across that information, clearly expressed in those verses, hundreds of years afterwards with the invention of the microscope.

All life forms need water in order to survive. Animals in dry regions, therefore, have been created with mechanisms to protect their metabolisms from water loss and to ensure maximum benefit from water use. If water loss takes place in the body for any reason, and if that loss is not replaced, death will result in a few days. The famous 17th century scientist Jan Baptista van Helmont discovered in 1640s that water in the soil was the most important element of plant development.