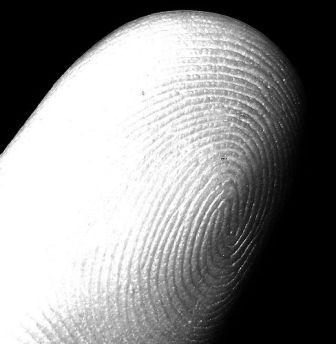 A man came to the prophet, with a dead bones and ask him O Mohammed do you say that Allah (God) will bring me back to life after i become like this dead Bones. Then Allah (God) reply with this verse in the holy Qur'an:

Nay, We are able to put together in perfect order the very tips of his fingers. (Quran 75:4)

This emphasis on finger print has a very special meaning, this is because every one's finger print is unique to himself, every person who is alive or who has ever lived in this world, has a set of unique finger prints, that is why the finger prints are accepted as a very important identity exclusive to the owner, and it is used for this purpose around the World.

Allah says in the Holy Quran : “I do swear by the Day of Resurrection.  I do swear by the reproachful soul.  Does man reckon We shall not gather his bones?  Yes indeed; We are able to shape again the tips of his fingers.” (75: 1-4)

Is it not a wonderful scientific miracle in which the power of Allah the Almighty is evident ?  Praise be to Allah the Almighty Who says; “Soon will We show them our signs in the furthest horizons, and in their own souls, until it becomes manifest to them that this is the Truth” (41: 53)