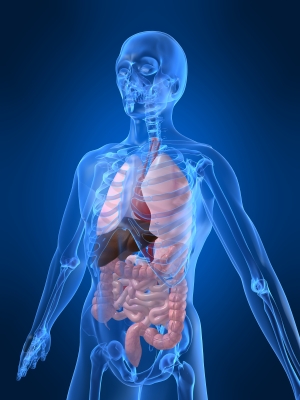 In the human body, all the systems simultaneously work in a co-ordinated way and in full harmony for a definite purpose, namely, to keep the body alive. Even the smallest movements we do everyday, such as breathing or smiling, are outcomes of perfect co-ordination in the human body.

Inside us is an incredibly complicated and comprehensively co-ordinated network that operates without stopping at all. The purpose is the continuance of living. This co-ordination is particularly visible in the locomotive system of the body, because, for even the smallest movement, skeletal system, muscles and nervous system must work in perfect collaboration.

In order to perform a co-ordinated act, first, the organs involved in this act and their inter-relations should be known. This information comes from the eyes, the balance mechanism in the internal ear, muscles, joints and skin. Every second, billions of pieces of information are processed, evaluated and new decisions are taken accordingly . Man is not even aware of the processes accomplished in his body at dizzying speed. He just moves, laughs, cries, runs, eats and thinks. He spends no effort in performing these acts. Even for a faint smile, seventeen muscles have to work together at the same time. In order to be able to walk, fifty-four different muscles in the feet, legs, hips and back must work in co-operation.

The perfection of the co-ordination of the body will be better understood with the following example. In order just to lift the hand, the shoulder has to be bent, the front and rear arm muscles - called "triceps" and "biceps" - should be contracted and relaxed, and the muscles between elbow and wrist have to twist the wrist. In every part of the act, millions of receptors in the muscles pass on information immediately to the central nervous system about the position of the muscles. In return, the central nervous system tells the muscles what to do in the next step. Of course one is not aware of any of these processes, but just wishes to lift one's hand, and does it right away.

What happens in case of a problem in this co-ordination? Different expressions might appear on our faces when we want to smile, or we might not manage to talk or walk when we want to. However, we can smile, talk, walk anytime we want and no problems occur, because everything mentioned here is accomplished as a result of the fact of Creation which logically requires " infinite intelligence and power ".

For this reason, man should always remember that he owes his being and life to his Creator, God . There is nothing for man to be arrogant or boastful about. His health, beauty or strength is not his own work, and it is not given to him eternally. He certainly will become old and lose his health and beauty. In the Qur'an, this is stated as:

Anything you have been given is only the enjoyment of the life of this world and its finery. What is with God is better and longer lasting. So will you not use your intellect?" (Surat al-Qasas: 60)