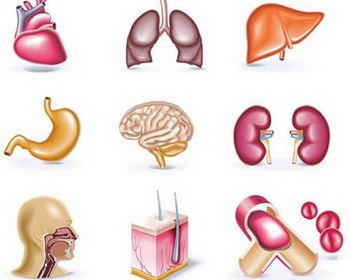 You see the believers as regards their being merciful among themselves and showing love among themselves and being kind to each other, resembling one body, so that, if any part of the body complains, the whole body shares (Tada`a) the sleeplessness (insomnia) and fever along  with it.  The Distress Call Within the Body

Allah's Prophet (peace be upon him) said: “You see the believers as regards their being merciful among themselves and showing love among themselves and being kind to each other, resembling one body, so that, if any part of the body complains, the whole body shares (Tada`a[1]) the sleeplessness (insomnia) and fever along  with it.”[2]

Intensive and successive modern researches revealed marvelous facts about the interaction between the organs of the human body when threatened with danger such as injury or illness. The researches also discovered strategies and functional responses taken by the organs of the entire body whenever one organ suffers from an injury or an illness, and these responses differ according to the nature of the injury.

Soon after the infection or injury takes place, sensory centers start calling the control and alert centers in the hypothalamus. This in turn calls upon the pituitary gland to secrete hormones that call on the rest of the endocrine glands to secrete their hormones, which urge all the body organs to save the endangered (complaining) organ. Therefore, it is a real complaint, and a true call rather than a metaphorical one. The call, in this case, means that every part of the body utilizes its utmost energy to save that endangered part. The heart, for example, starts beating faster to help the blood circulate and reach the injured organ. At the same time, the blood vessels in that injured organ contract, while other vessels in the rest of the body expand in order to send the required amounts of energy, oxygen, antibodies, hormones, and amino acids to the injured part to help it resist the infection or injury and to heal quickly.

The body starts to collapse, i.e. by breaking up part of the stored fats and proteins, in order to provide aid for the injured organ. This constant flow of sacrifice continues until the rescue process subsides, when the injury or disease is under control, and the infected tissues and cells are cured.

The call from the injured or infected part resembles a real call for help; the infected place releases neuro pulses to the sensory and alert centers of the brain; moreover, some chemical substances are released with the first drop of blood that is shed or when a tissue is torn. Then, all body organs respond in order to provide help for the infected organ according to the nature of its injury or disease.

You do not find a more accurate word than the word (Tada`a) to describe the aching of one organ, so there is linguistic, rhetorical, and scientific inimitability present at the same time. The Prophet (peace be upon him) told us what really happens inside the human body without equipment or tools and using eloquent words and rhetorical sentences.

What is even more amazing is the fact that the name that physicians call on the nervous system that interacts when the body is infected or injured is: the lover, kind, and merciful, which is the same wording of the Prophet (peace be upon him) in the hadith.

Glory be to Allah Who sent His Messenger with guidance and the religion of truth to make it superior, and Who supported him with miracles and eloquence.

[1] It is an eloquent Arabic word that also means a mutual call or summoning (between the organs) and the collapse of something.