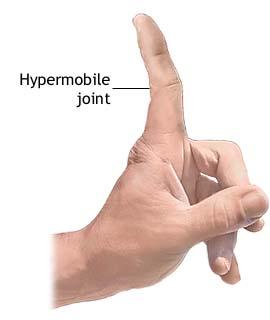 "Everyone has been created with three hundred and sixty Joints. Whoever mentions Allah's greatness (says Allahu Akbar), praises Allah, extols Allah, and seeks forgiveness from Allah and removes stones from the path of the people, enjoins what is good and forbids the evil to the amount of those three hundred and sixty joints (sulama), he walks on that Day (of Judgment) having distanced himself from the Hell fire."

The word "Sulama" in Arabic refers to the joint. It can be also used for all the body bones and the joints between them. Most of the body bones are movable, but some are fixed as those of the skull.

The Explanation of the Hadith

The hadith clearly directs Muslims to be grateful to Allah, the Almighty, Who dignifies and honors man, over all other creatures, by giving him a straight upright skeleton. It has been created of a huge number of big and small bones and cartilage. Between every two bones, there is a joint to enable the bones and to protect the body's soft parts. These joints enable the person to stand up, sit down, lie on his side, bend, stretch, etc. Every Muslim who worships Allah, Glorified be He, must be grateful to Allah for every one of these joints, and offer a charitable act, in way of gratitude to His Creator, for this great blessing, without which life would have been impossible.

It is amazing that the Prophet (PBUH) mentioned the number of the body joints so precisely, at a time when nobody had any idea about human anatomy. Even now in the 21st century, many people still do not know the number of joints in their bodies, including many professors of orthopedics. I asked many of them, and their answer was between 200 and 300 bones, and around 100-300 joints.

Likewise, many international encyclopedias avoid giving an exact number of bones and joints of the human skeleton by classifying them into major groups or subdivision. The Encyclopedia Britannica classified them into three subdivisions:

1- The Axial Skeleton: which consists of the bones of the vertebral column and the majority of the skull bones.

2- The Visceral Skeleton: which consists of the thorax (the ribs and the breastbones), the lower jaw and some parts of the upper jaw.

3- The Appendicular Skeleton: which consists of the bones of the pelvic girdles, shoulders and limbs.

The Hatchinson Encyclopedia, published in 1995, mentioned that the number of bones in a human skeleton is only 206 bones.

In his book titled, "The Journey of Faith inside the Human Body", Dr.Hamid Ahmed Hamid mentioned that the total number of the human body joints is exactly 360, as the Messenger of Allah (PBUH) stated 1400 years ago. According to Dr. Hamid, the details of these bones are as follows:

First: 147 joints in the vertebral column

25 joints between the vertebrae.

72 joints between the vertebrae and the ribs.

Second: 24 joints in the thorax

2 joints between the bones of the sternum and the thoracic cage.

18 joints between the sternum and the ribs.

2 joints between the clavicle and the scapulae (shoulder blade).

2 joints between the scapulae and the thorax.

Third: 86 joints in the upper extremity

2 joints between the scapular bones.

6 joints between the elbows.

8 joints between the wrists.

70 joints between the hand bones.

Fourth: 92 joints in the lower extremity

6 joints between the knee bones.

6 joints between the ankles.

74 joints between the feet bones.

Fifth: 11 joints in the Pelvis

4 joints between the coccyx vertebrae.

6 joints between the bones acetabulm.

1 joint of the pubic sumphysis.

Those joints, mentioned in the hadith, are the movable joints in the human body, which give the ability to the vertebral column and hence the whole body to move freely. The immovable joints, as those joining the skull bones, are not counted here. The movable ones are also known as "The Synovial joints", for they contain a fluid known as the "Synonvial fluid". This fluid allows friction-free movement of the bones by reducing direct contact. For example, the hip joint, composed of a ball-like head of the femur that fits into a socket-like depression of the pelvis bone, makes the hip and the whole leg movements easy and flexible. Another example is the Hinge joint, which enables man to easily bend his leg.

Another type of joints is called "The Gliding joints" as that of the radiocarpal (wrist) joint. In this joint, the facing bone surfaces are in most cases flat, allowing the bones to glide freely in several directions. The joint between the two upper vertebrae has a special structure. It allows the side movement of the head, through the rotation of the ball-like head of one vertebra into the socket-like depression of the other vertebra.

Were it not for the joints created by Allah the Almighty, man would not have been able to move one bone in his body. The defect in one joint causes a lot of pain and problems.