The Glorious Quran not only precedes the recent astronomer, but revises their new correction about the expansion. Whereas, Hubble and others said expanding universe, after that, recent cosmologists said expanding or vastness of space, but Allah says:

Which means: ((With power and skill did We construct the firmament: for it is We Who create the vastness of space)). (Quran 51:47)

The expansion of the universe proves that:

1.There are many galaxies outside of our own.

2.These galaxies are all receding from us if we go to large enough distances.

3.The velocity of recession is proportional to the distance from us.

This Quranic verse since more than 1400 years ago refers to building of the sky, the forces of such building and the expansion of the sky before scientists discovered the secrets of the universe.

The scientific signs of the verse:

2-Mistake of Albert Einstein' and miracle of Quran: In what he would later call "the greatest blunder of my life," Einstein added a term called the cosmological constant to his equations that would make his calculations consistent with a static universe. Einstein admitted his mistake in 1929 when Edwin Hubble showed that distant galaxies were, indeed, receding from the earth and the further away they. 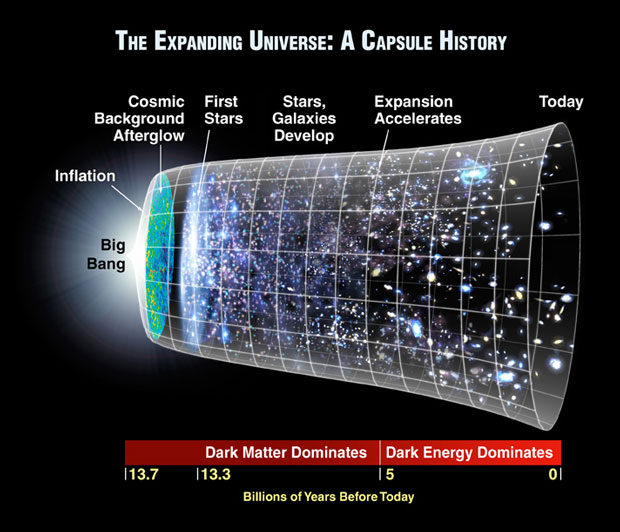 3- Enna lamosoon (create the vastness of the sky) & accelerating universe: In 1998 observations of Type Ia supernovae suggested that the expansion of the universe is speeding up

4- Etsaa-Al-Samaa (the vastness of the sky) is the best: An expanding Universe does not mean that everything in the Universe is growing in size (Michael S. Turner & Craig Wiegert). The discovery of galaxies beyond the Milky Way leads to another astounding discovery. The galaxies are all moving away from each other! The Universe is expanding. The galaxies are not expanding. The galaxies are moving apart because the space between them is increasing. Stars and galaxies were not pushed out into space but that space itself expanded. These words represent a good explanation to the Arabic word "lamosoon", which mentioned in the previous verse. 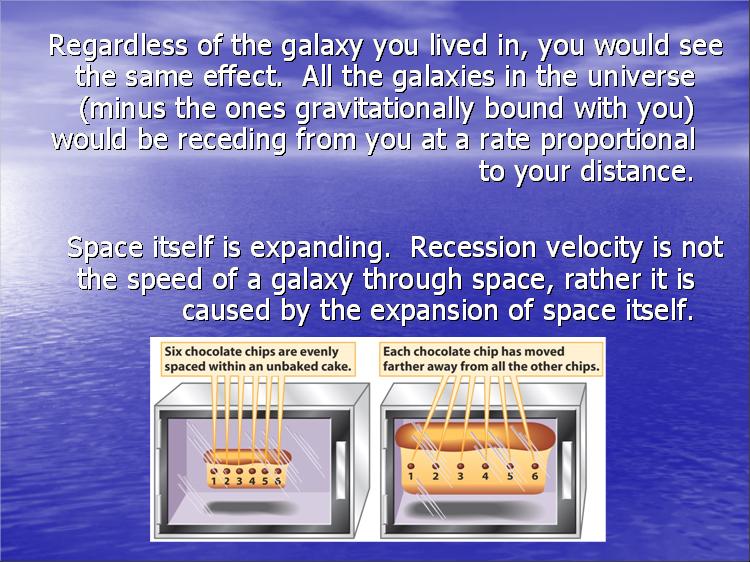 5- ((With power and skill did We construct the firmament)) vs. the four forces: Objects held together by forces strong enough to resist this expansion won't expand. For example, atoms are held together by the electric force, neutrons and protons are bound by the strong force, and astronomical objects like the Earth, our solar system, and our galaxy are held together by the force of gravity associated with these high concentrations of matter. Allah says:

Which means: ((It is Allah Who sustains the heavens and the earth, lest they cease (to function): and if they should fail, there is none - not one - can sustain them thereafter: verily He is Most Forbearing, Oft-Forgiving)). (Quran 35:41)

Allah is the creator of the universe; verily He is Allah which says:

Which means: ((He is Allâh, the Creator, the Inventor of all things, and the Bestower of forms. To Him belong the Best Names. All that is in the heavens and the earth glorify Him. And He is the All-Mighty, the All-Wise))